Institute for Research on Poverty
University of Wisconsin–Madison 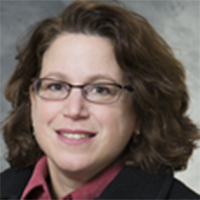 Ms. Friedsam has worked extensively on access to and financing of health care and the organization of delivery systems. She consults widely in the public and private sectors on state government programs and on reform initiatives.

Ms. Friedsam served previously as Executive Director of the Wisconsin Primary Health Care Association, Director of a managed care demonstration project, and manager of several projects supported by the Robert Wood Johnson Foundation, the federal Health Resources and Services Administration, and the Centers for Medicare and Medicaid Services. Ms. Friedsam holds a masters degree in public health policy and administration from the University of Michigan in Ann Arbor.

Friedsam D. What’s Next For The Health Insurance Landscape In Wisconsin? WisContext. April 5, 2018.