More than 6.5 million people in the United States—about equal to the population of Massachusetts—were either incarcerated, on probation, or on parole in 2016 (Figure 1).[1] Although this number has been declining since 2009, currently about one in every 100 adults are behind bars.

The United States has the highest incarceration rate, not only of any Western democracy (Figure 2), but also in the world. It wasn’t always this way. From the 1920s until the early 1970s, the U.S. rate of incarceration was stable and in line with other countries. However, between 1973 and 2009, the rate more than quadrupled (Figure 3).

Understanding what drove the dramatic increase is complicated. The rise in imprisonment happened when crime was actually historically low, including the lowest homicide rate since the early 1960s, so greater criminal activity is not a plausible explanation.[2]

Some studies suggest that policy changes—such as imprisoning people for a wider range of offenses and imposing longer sentences—as opposed to increases in crime contributed to the sharp increase in incarceration.[3]

Inequality in incarceration by race, ethnicity, and education level is extensive.

The U.S. incarceration rate is not only high, but it’s also highly unequal. Prison populations disproportionately comprise African American and Hispanic men, especially men who dropped out of high school. Most of them are poor.[4]

Some researchers find links between high incarceration rates among men of color and policy changes that criminalized social problems experienced by many people living in poverty (who are disproportionately people of color). These challenges include homelessness, mental illness, and drug or alcohol problems. The result, these researchers suggest, perpetuates poverty and racial inequality both within and across generations.[5]

Incarceration is associated with poorer outcomes for children and families.

High levels of incarceration are associated with many negative consequences for individuals, families, communities, and society.[8] Because people of color are overrepresented in the prison population, families and communities of color have been disproportionately affected by the rise in incarceration.

Families of incarcerated men often experience economic hardship. Studies suggest that families with a father in prison are more prone to homelessness, difficulty meeting basic needs, and greater use of social assistance.[9] Financial adversity associated with incarceration can continue after the father’s release as ex-offenders struggle to get hired because of their prison record.[10]

Children with a father in prison are more likely to struggle with poor social, psychological, and academic outcomes than other children. These poor outcomes include depression, anxiety, and behavior problems such as aggression and delinquency.[11] These challenges are more common among boys and among children whose fathers were positively involved in their lives before going to prison.[12]

Less is known about whether maternal incarceration, which has grown rapidly in recent decades, affects their children. Studies to date have been based on small sample sizes. Therefore, more rigorous research is needed to draw strong conclusions about the possible negative effects of having a mother in prison.

The U.S. Department of Justice reports that over 10,000 ex-prisoners are released from state and federal prisons every week, and more than 650,000 are released every year. Studies estimate that approximately two-thirds of these former inmates will likely be rearrested within 3 years of release.[13]

Researchers are looking for what works to improve the transition back into society and prevent the return to prison. For example, the Boston Reentry Study, which examined life after incarceration from the perspective of people living it, provides insights into the challenges faced by those returning to society.

The Boston study researchers interviewed a group of formerly incarcerated people over their first year of reentering society.[14] The following major findings emerged from the interviews:

Participants who reported multiple physical or health problems were most likely to experience material hardship after leaving prison. Although joblessness declined over the course of the year for most participants, those with the most serious health issues were the least likely to become employed.

Researchers, practitioners, and policymakers are looking for alternatives to high incarceration and for effective ways to reduce the chances that ex-prisoners return to crime and prison. Some examples of these efforts are explored below.

The Growth of Incarceration in the U.S. Consensus Committee

The National Academy of Sciences (NAS) appointed a committee of experts in criminal justice, the social sciences, and history to review research on incarceration. The committee was charged with exploring its causes and consequences, especially for families and children as well as former prisoners, and with developing evidence-based recommendations. The resulting report, released in 2014, was entitled The Growth of Incarceration in the United States.[16] 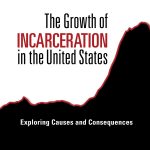 The report suggests the following practical policy steps to lower the high incarceration rate in the U.S.: 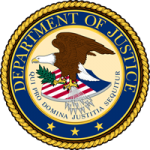 The U.S. Department of Justice (DOJ) notes that over 10,000 ex-prisoners are released from America’s state and federal prisons every week, and approximately two-thirds of them will likely be rearrested within 3 years of release.

The release of ex-offenders into communities represents a variety of challenges. Most often, prisoners are returning to impoverished and disenfranchised neighborhoods with few social supports and persistently high crime rates.

The DOJ identifies the following as the three key elements of successful reentry into communities that benefit both ex-offenders and the community:

Bruce Western, Bryce Professor of Sociology and Social Justice and Co-Director of the Justice Lab at Columbia University, suggests that neither the police, nor the courts, nor the threat of punishment create public safety. Instead, establishing and maintaining bonds of community produced by families, schools, employers, and churches and other community organizations reduces crime and creates public safety.

Western calls for systems-level change, and cites numerous innovative programs that are helping individuals avoid prison or transition from prison to civilian life. Below are three such programs, which are highlighted in his book, Homeward: Life in the Year After Prison:

Citing research suggesting a close connection between high incarceration rates and the harsh conditions of poverty in the U.S., Western suggests that meaningful criminal justice reform will need to account for this reality, both in its policy specifics and in its underlying values.

In Rethinking Reentry[18], editor and coauthor Brent Orrell—an American Enterprise Institute resident fellow who served in the U.S. Departments of Labor and Health and Human Services—brings together leading academics, researchers, and criminologists to improve our understanding of what is working, and what isn’t, when it comes to improving outcomes for people returning to society from prison.

The report explores new approaches to serving ex-prisoners, including:

[4] The Growth of Incarceration in the United States: Exploring Causes and Consequences, National Research Council Committee on Law and Justice, National Academy of Sciences, April 2014.

[6] B. Pettit, B. Sykes, and B. Western, “Technical Report on Revised Population Estimates and NLSY79 Analysis Tables for the Pew Public Safety and Mobility Project” (Harvard University, 2009).

[8] See, for example, National Research Council, “Consequences for Families,” issue brief, The Growth of Incarceration in the United States, September 2014.

[16] The Growth of Incarceration in the United States.