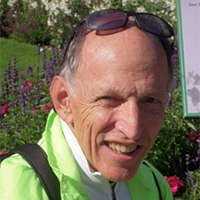 Peter Gottschalk of Portland Oregon, age 78, died on March 25. He was Professor of Economics at Boston College from 1987 until his retirement from teaching, but not from research, in 2010. He also taught at Williams College, University of California, Santa Cruz, Mount Holyoke College and Bowdoin College. He was a Research Fellow at the Institute for the Study of Labor (IZA), Bonn, Germany, a Research Associate at the Center for Retirement Research Boston College, and a Research Affiliate at both the Institute for Research on Poverty (IRP), at the University of Wisconsin–Madison and the National Poverty Center (NPC), at the University of Michigan. For many years, he was a co-organizer or participant in the IRP Summer Research Workshop on low-income populations. Gottschalk was also a Visiting Scholar at the Russell Sage Foundation and a Visiting Fellow at the Brookings Institution. He received his B.A. and M.A. from George Washington University and his PhD from the University of Pennsylvania.

An eminent labor economist, Peter was among the first scholars to study the increasing inequality in wages and incomes in the U.S. He also focused on welfare dependency, earnings instability, job mobility and policies to increase employment and earnings of the disadvantaged. He was the co-author of America Unequal and co-editor of Uneven Tides: Rising Inequality in America and Generating Jobs and published articles in many leading journals including the American Economic Review, the Journal of Political Economy, the Journal of Economic Literature, the Review of Economic Statistics, and the Journal of Human Resources. In addition to his extensive research and his collaborations with many economists, Peter found his greatest pleasure teaching and publishing with his graduate students and mentoring young economists.

Beyond his love of economics, Gottschalk was at various times in his life a sailor and lover of wooden boats, a skier, a focused competitive veteran rower (single light weight scull), and until very recently an enthusiastic rock climber despite his advancing Parkinson’s disease. His love of skiing and climbing were deeply connected to his time spent in and affection for the Chamonix region of France.

He is survived by Barbara, his wife of nearly 56 years, who was his partner in their sailing, skiing, and climbing adventures and in travels across the globe and who shared his love of opera and dance. He is also survived by his loving daughter and son-in-law Julie and David Murphy and their children Lauren and Ryan.