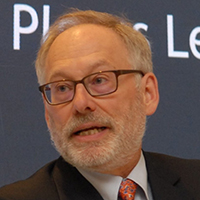 Daniel T. Lichter is the Ferris Family Professor Emeritus in the Department of Policy Analysis and Management, Professor of Sociology, and the Robert S. Harrison Director of Cornell’s Institute for the Social Sciences. He has published widely on topics in population and public policy, including studies of concentrated poverty and inequality, intermarriage, cohabitation and marriage among disadvantaged women, and immigrant incorporation. His recent work has focused on changing ethnoracial boundaries, as measured by changing patterns of interracial marriage and residential segregation in the United States. Lichter is a past president of the Population Association of America (2012) and the Rural Sociological Society (2010–11).