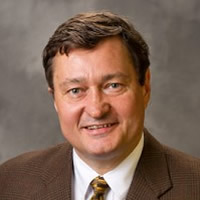 Paul A. Jargowsky Professor of Public Affairs at Rutgers University-Camden. His principal research interests are inequality, the geographic concentration of poverty, and residential segregation by race and class. Jargowsky has been involved in policy development at both the state and federal levels. In 1993, he was a Visiting Scholar at the U.S. Department of Health and Human Services where he helped design the simulation model used for welfare reform planning. In 1986, he was the Project Director for the New York State Task Force on Poverty and Welfare Reform. Jargowsky has also been involved as a consultant and expert witness in fair housing and school desegregation litigation. His current areas of research include racial and economic segregation, the impacts of economic and spatial inequality, and the consequences of exclusionary suburban development patterns.