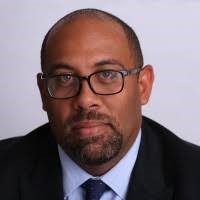 Jeremie Greer is Co-Founder and Co-Executive Director of Liberation in a Generation. Over the course of his life and career Jeremie Greer has been dedicated to the advancement of racial and economic justice. Growing up in the historically Black Rondo Neighborhood, in St. Paul MN, he has always been attuned to the intersection between race and economics. He began his career in the Columbia Heights and Shaw neighborhoods in Washington, DC, organizing youth and tenants to fight back against the economic forces rapidly gentrifying that community. Working at the national level in the federal government’s premier policy agency, the Government Accountability Office (GAO), and at two national non-profits, the Local Initiative Support Corporation (LISC) and Prosperity Now (formerly CFED), he has become a national policy expert on the causes and the policy solutions to close racial wealth gap. Jeremie has a Bachelor’s Degree in Social Work from the University of St. Thomas, a Master’s in Public Policy from George Mason University, and is currently working on an Executive Education Certificate in Nonprofit Leadership from Harvard University’s Kennedy School.